The Shadow and Streak series

The CFM Shadow is a high-wing microlight with a pusher engine/propeller mounted behind the cockpit. The two seats are in a tandem arrangement, giving the pilot a superb view. 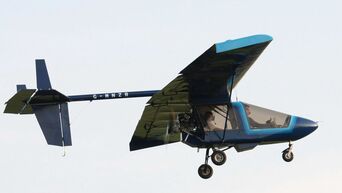 David Cook developed the Shadow in England during the early 1980s. It started production life as the Shadow B model with a 40hp Rotax 447 two-stroke engine. Its 10m wingspan, wide chord and light weight gave it very good glide performance.

Although the Shadow B was offered with pilot controls only, most buyers opted for the dual-control Shadow BD version with added flight controls for the rear seat passenger.

​CFM sold the Shadow as a factory-built aircraft or as a comprehensive kit for the owner to complete. 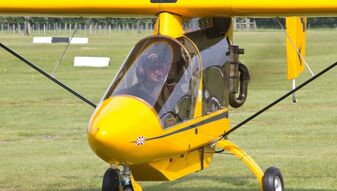 The Shadow made cunning use of honeycomb composite panels, extruded polystyrene foam, glass fibre, ultra-thin plywood and polyester fabric covering to give it strength and lightness.

​It was way ahead of its time, in terms of speed, rate of climb, comfort and safety. At one stage the Shadow held the microlight world records for altitude, long distance and speed.

About 1990 the improved Shadow CD model was made available, powered by a 50hp Rotax 503 two-stroke engine. It used the same 10m wing, but featured streamlined wing struts and electric elevator trim. 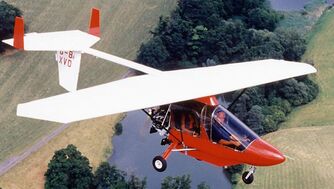 The Streak, a faster model, was also introduced alongside the Shadow CD. It featured a shorter 8.5m wingspan and slightly thinner airfoil, but the same chord. This gave higher speeds, at the expense of minimum flying speed.

​Initially the Streak used a 65hp Rotax 532 two-stroke engine, but CFM was soon able to ship them with the more torquey Rotax 582 two-stroke ​engine (still rated at 65hp). 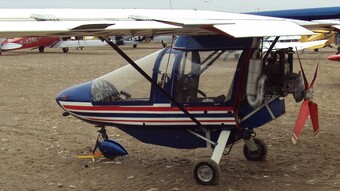 Around 1995, the wide-body Shadow DD model was released. It used the same 10m span wing as the earlier Shadow BD and CD models, but with shorter ailerons. A 65hp Rotax 582 two-stroke gave better performance. The 40mm wider cockpit and 75mm more headroom made life more comfortable for flyers.

The Streak model was similarly upgraded to the new wide-body fuselage. Due to this wider monocoque, both the Shadow DD and Streak gained a larger 35 litre fuel tank (up from 23 litre), allowing increased flight time.

Buyers could choose a range of options for their Shadow DD or Streak, including extended rear footwell, under-belly 27 litre 'slipper' fuel tank, strobes, GPS and wing-fold system. Many owners retro-fitted their earlier aircraft with these upgrades. 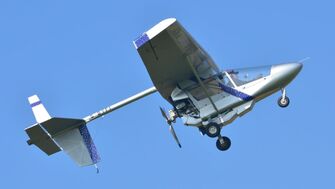 CFM finally expanded to a three-model range by adding the speedy Star Streak. Significantly narrower wings helped to reduce drag, and it sported higher power engines (75hp Rotax 618, 80hp Rotax 912 or 80hp Jabiru 2200). The newly-developed Star Streak was a 'pocket rocket' only able to be flown in the light aircraft category, not as a microlight.

By the end of the 1990s, CFM was also offering the Rotax 618 or Rotax 912 engines in their mid-range Streak model. 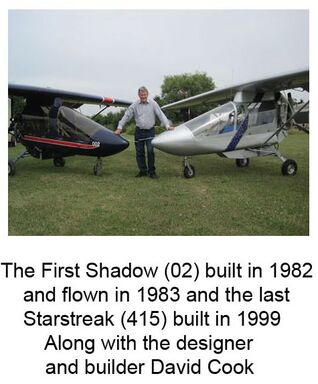 In total, over 400 CFM aircraft were sold around the world. Many are still flying.

Some people would argue that the Star Streak was the ultimate CFM model due to its high speed and impressive climb rate, but many pilots still rate the humble Shadow C as the nicest one to fly.
​
Many long-distance solo flights have been achieved, including UK to Australia, UK to China and a USA crossing, plus some high-altitude flights exploring the Karakoram mountains.

​The CFM Shadow/Streak series enjoys an outstanding safety record, with only one death (due to a medical event) being recorded over nearly 4 decades.

Once you’re done here, why not visit David Cook - Aviator, Terry Aspinall's website which has lots of photos, videos and info about David Cook who designed, built and tested the Shadow, Streak and StarStreak series of aircraft, and went on to break many records.